I can’t believe it’s already the end of November/end of term! Basically, I’m putting off a ton of grading and writing to put this post together, but it’s all good. I need a break. I am, as usual, linking up with Leigh Kramer to talk about what I’ve been into this month.

Not a lot, which is sadly typical for November. Winter, the last of the Lunar Chronicles books, released this month, and it was as excellent as the other books in the series (plus, a happy ending at last!) I also read The Rose Society, the newest book in Marie Lu’s Young Elites series. I couldn’t put it down, but the whole dark protagonist thing is pretty chilling. I also enjoyed E.K. Johnston’s A Thousand Nights and Erin Bow’s The Scorpion Rules (which dispensed with the love triangle it had set up refreshingly quickly).

On the big screen, Mockingjay Part 2 (still not over Finnick). On the small screen, every Gilbert and Sullivan DVD in our public library. Also watching through Psych, The Good Wife, and Master of None (Aziz Ansari is still a bit annoying as Dev, but less so than as Tom Haverford), and keeping up with new episodes of Big Bang Theory, Fresh Off the Boat, Once Upon a Time, The Mindy Project, Modern Family, and Jane the Virgin (okay, I totally see how I still have so much marking to do).

All musical theatre soundtracks, all the time. Hamilton, Gilbert and Sullivan, In the Heights, Tim Minchin’s Matilda, every Alan Menken Disney project…

I’ve been enjoying all the pomegranates coming into the grocery store, so I’ve been experimenting with those a lot. My favourites were definitely this Pomegranate Orange Bread and these Goat Cheese-Stuffed Chicken Breasts with Balsamic Reduction and Pomegranate (so good!). As usual you can find my favourite recipes of the month on my monthly What I’m Into Pinterest board

This fabulous dress from Torrid. I’m so excited that they finally have a Canadian location, even if it is a bit of a drive or train ride away, and the staff at the Eaton Centre location is super friendly and helpful.

We got some friends together to play Diplomacy (a game we’ve since we’ve been married, but that i hadn’t played yet). I think I like being liked a bit too much for this game. I spent the first 6 turns basically just holding my territory. We also got a chance to try Ladies and Gentlemen (which felt super complicated when we were trying to figure out how to play, but actually wasn’t once we got to it), Camel Up (so much fun!), and Flash Point: Fire Rescue (another good cooperative option for me and Aaron to pull out when we don’t feel like competing against each other).

I took up cross-stitching again this month! I completed this firefly cross-stitch, which is adorable (but I can’t manage to take a good picture of mine).

I also found a box in our attic with all my middle school craft supplies, and decided to take up friendship bracelets again, so here’s a visual of what procrastination looks like: 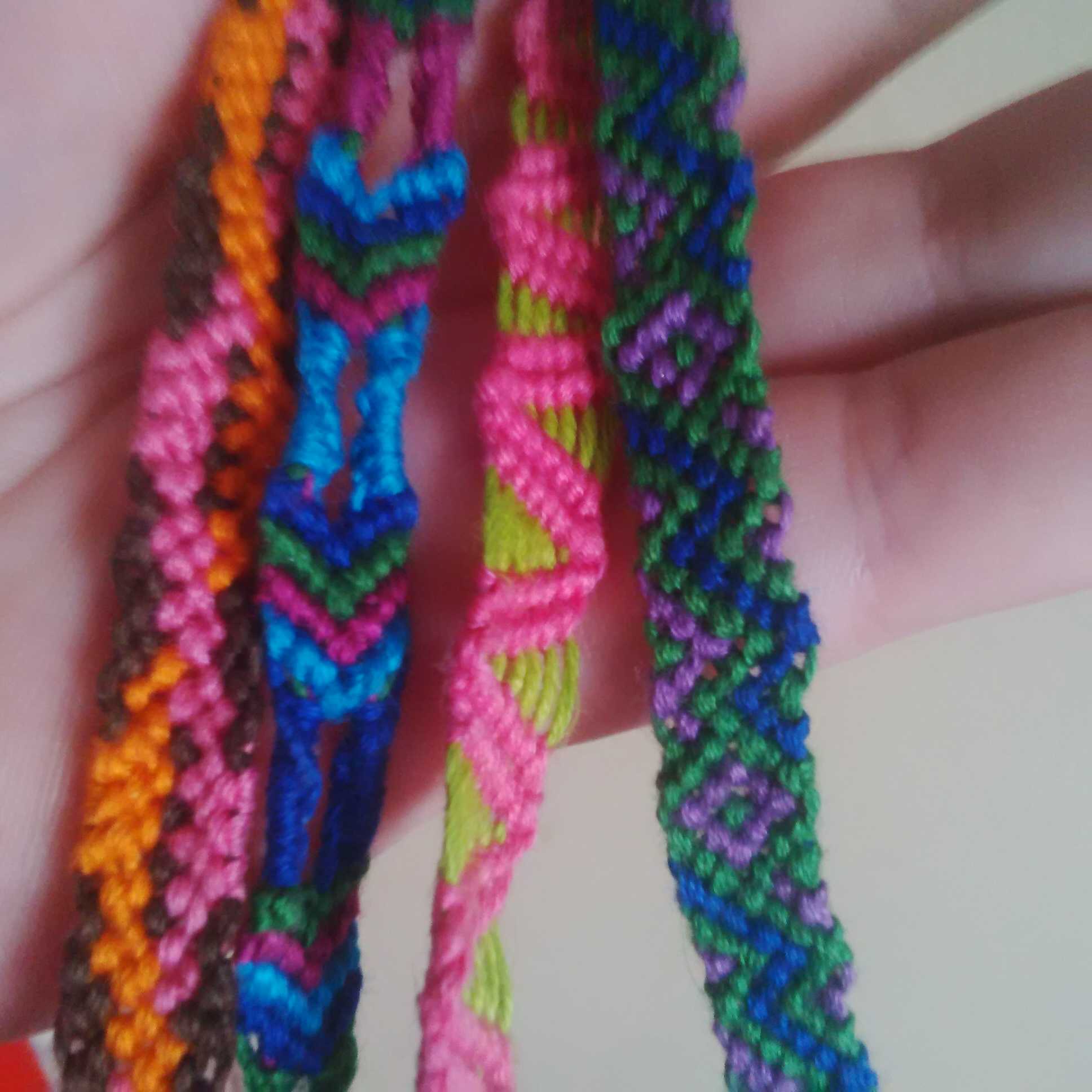 That’s it for me for the month, be sure to check out Leigh’s blog for more submissions. I’ve found so many great music, book, and recipe recommendations through this link-up.